XFORM invites you to submerge in fluvial sonics swelling out of the carefully curated program of musical prowess amassed from near and far.

Cera Khin unifies the tenebrous boundaries between euphoria and desolation. She shells out hardcore sounds at a punishing pace, to inflict maximum impact. Her enigmatic performance exudes vigor, force, and acridity.

Sugar’s style of psychotropic melodic grit summons the restless spirit of his native Copenhagen. As a contributor to a myriad of contemporary imprints such as KAOS and Kulør, as well as being the co-founder of Fast Forward Productions, he exhibits an aptitude for intoning dissonance which is as kaleidoscopic as it is coarse. Joining sugar in the ROBUS floor’s vortex of rhythm will be: PRSPCT affiliate Somniac One, Fold’s Voicedrone, Whirlwind Trax co-founder and RSO resident Xiorro, ARTS mainstay Introversion, a live set from Vlaysin, RSO resident Acierate, Octor, and Medea. The floor’s program will continuously run from 23:59 until Monday morning.

Having originated in the Chicago of the late 80’s, DJing and Producing alongside the likes of Frankie Knuckles and Kevin Saunderson, Chez Damier belongs to a select lineage of lifelong dancefloor disciples whose longevity stands as a testament to their enduring discernment and style.

London based Ceri is an artist with an inventive disposition. She remolds and recasts provenly potent aesthetics to produce a hallucinatory house delirium. An interplay between opaque linear abstractions and rushing house palpitations is the cornerstone of her DJ sets which will enrapture the OPAN floor alongside: Complet founder Ray Kandinski, Berlin duo Naomi Dasmoe, and I’m in Love affiliate Sandilé. The Event’s open-air segment will run from 09:00 in the morning to 22:00.

Detroit soul courses through the blood of the now Berlin-based Monty Luke. He dispenses rippling silk tones that radiate boundless warmth and integrity, delivered with the type of raw finesse envisioned from any alumnus of the Steel City.

Baba Stiltz refracts an amalgamation of influences through a prism of honey glazed pulsations to produce floor-filling transmissions. He builds his sets off the basis of solid grooves and fluidly conveys touchpoints ranging from funk, hip hop, post-punk and beyond. Whipping up lustrous iridescence on the SUMME floor alongside Baba Stiltz will be: Anna Schreit, Klasse Wrecks affiliate Telephones, the trusted energy repository Michal Zietara, and the ever-dependable Damian.Thorn.

This event is supported by: Neustart Kultur, Initiative Musik and the Federal Government Commissioner for Culture and the Media 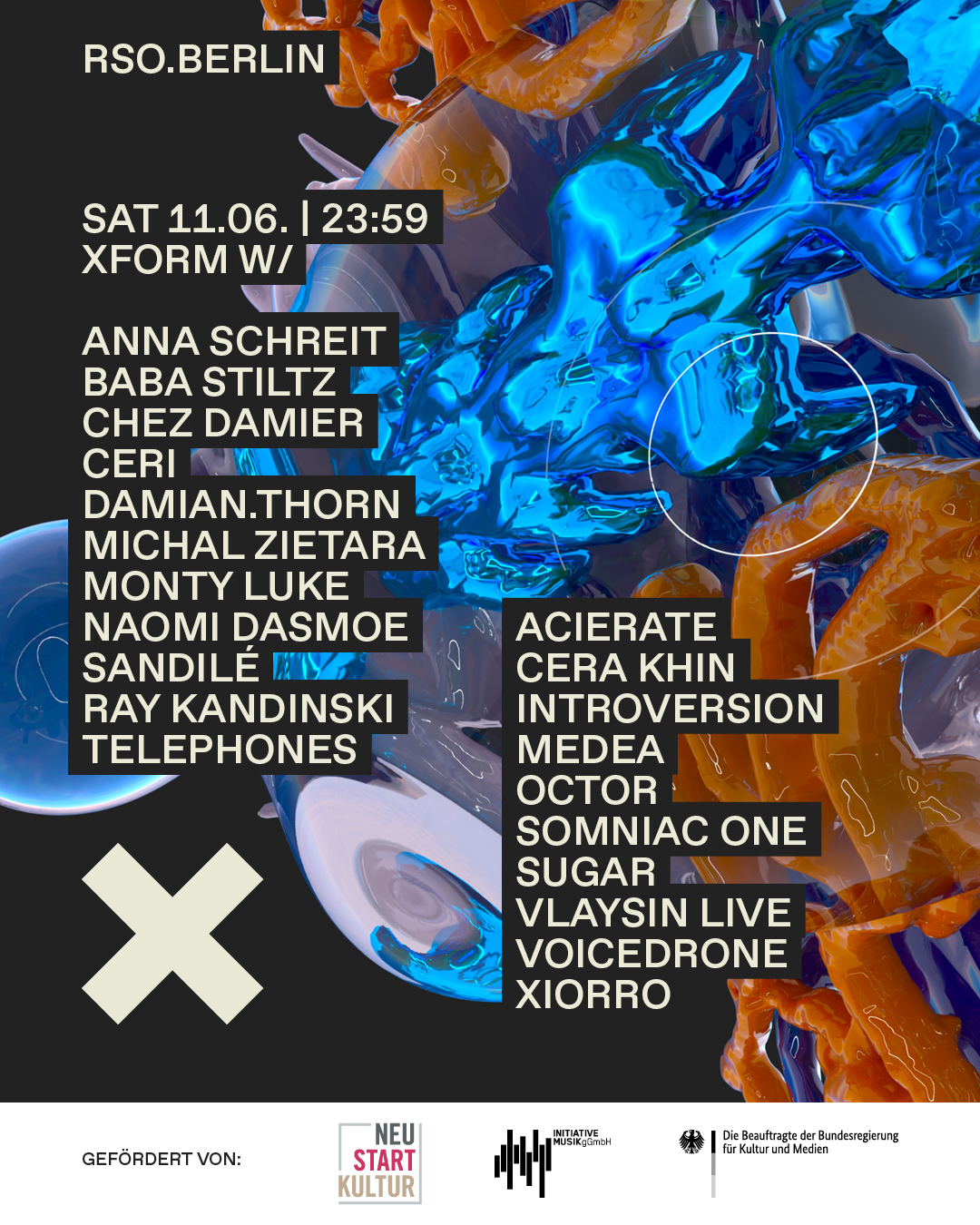