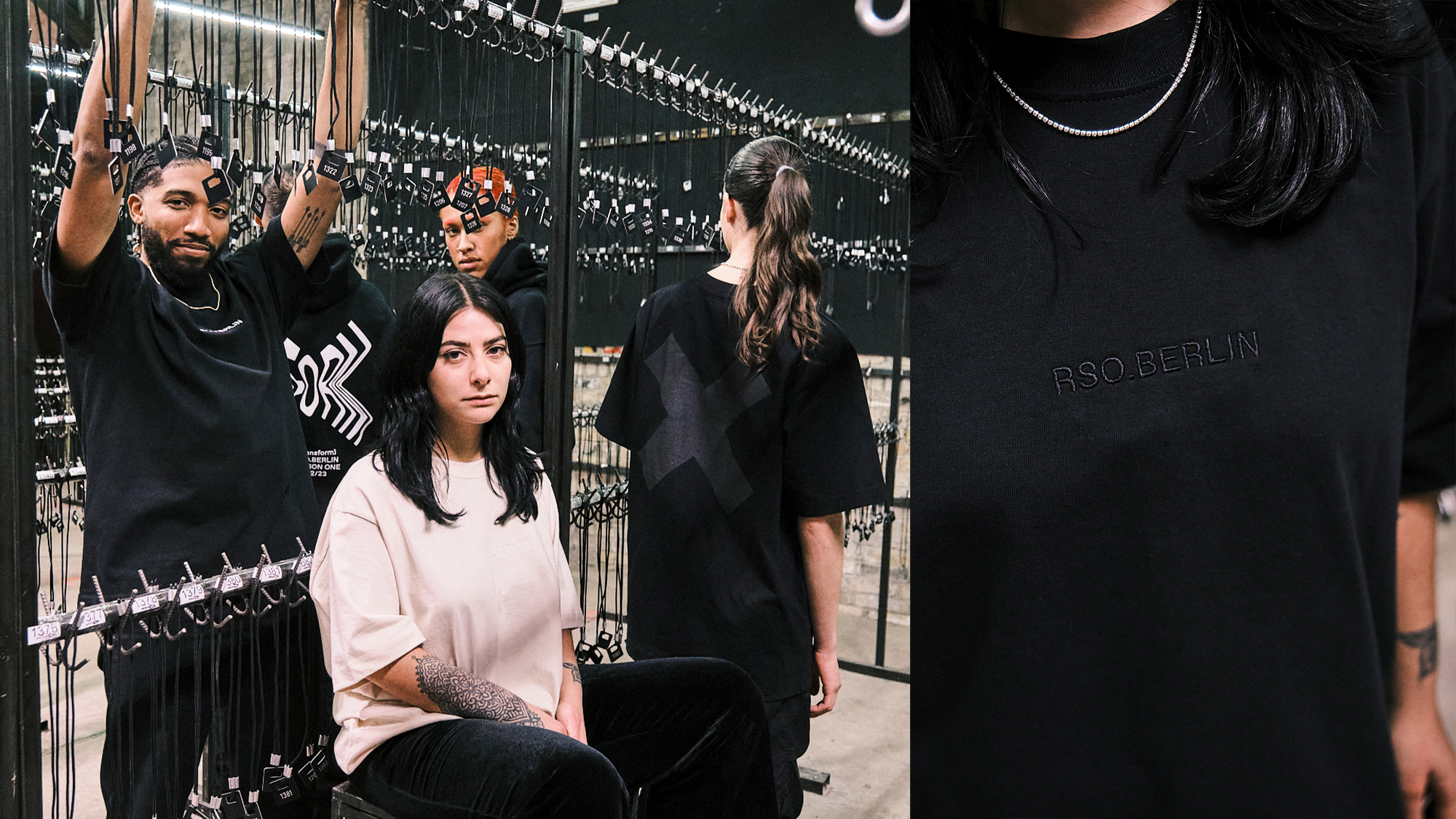 RSO.BERLIN reveals it’s first-ever Merch drop. The release features two club-branded tees and a hoodie as well as limited items for the XFORM season wrap-up. The collection will be only available to pre-order from February 1st until February 5th.

Started in March 2022 as an in-house club night series, Transform or as most people know the recurring weekly night, XFORM, kicked off RSO’s over-arching theme for it’s first season. The changes the club and its' people went through became quickly the motto of the first year of the club’s existence.

The limited items drop will serve as memorabilia for the season ending, as RSO will introduce the next phase soon. Given this, the seasonal XFORM t-shirt and hoodie will be available for ordering only within the specific time frame listed and never again. Eternalizing the past year of memorable nights and change, the items feature the iconic XFORM motif on the back along with the dates that the season ran.

For sustainable reasons, the collection will only be available by demand and only produced by order.

The full drop is officially available to pre-order now until February 5th, 18:00 CET on the webshop of RSO affiliate Latitude Record Store, with all orders being delivered from end of March. Prices range from 35,– to 80,– excluding shipping. All orders will be also available for pick up by end of March at the store in Neukölln.

So get your part of the RSO memories: